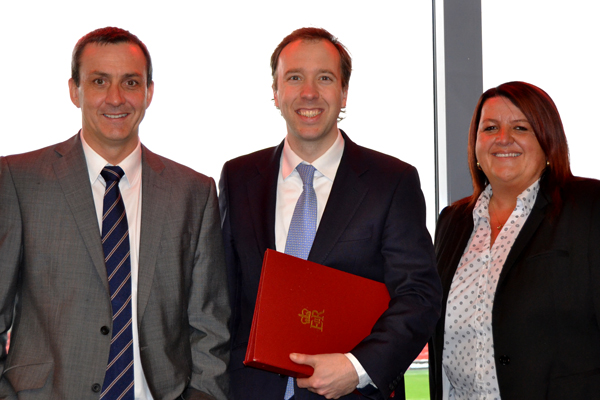 Mr Hancock is currently visiting one hundred businesses in 100 days in the run up to the election, and he took time out whilst in the North West to visit the Fleetwood based BES Group, meeting Directors Andy Pilley and Michelle Davidson, as well as taking time out speak to staff from BES and the club.

The Minister and Mr Ollerenshaw posed for photographs on the pitch at Fleetwood Town with apprentices from the youth team and also apprentice groundsman, Ashley Roche, who earlier in the day attended an event hosted by the Prime Minister to celebrate National Apprenticeship Week.

In his role as Energy Minister, Mr Hancock was keen to learn about the challenges faced by BES as a smaller, independent gas and electricity supplier as they continue to take the fight to the ‘big 6’ suppliers, and he was especially interested in how the group of companies has grown and flourished over recent years.

Speaking after a tour of the BES offices and Football Club, Mr Hancock said:

“Eric Ollerenshaw has been making the case for Fleetwood and BES in Parliament since he arrived in 2010 and I was thrilled to see the business – and the football Club – in action.

“The Government is working hard to bring new energy suppliers into the market, increasing competition and bringing down bills. BES is testament to this. It’s a part of the town and a symbol of hope and the future, creating jobs right here in the heart of Fleetwood”.

“It’s a measure of the progress that’s been made, both on and off the pitch, that a Minister would come to Fleetwood, and we’re deeply honoured and grateful that Matthew and Eric have taken time out of their schedule to see first-hand all the fantastic things that are going on.”

The BES Group is one of the largest employers on the Fylde coast and recently recruited for a further 50 new roles in the local area. 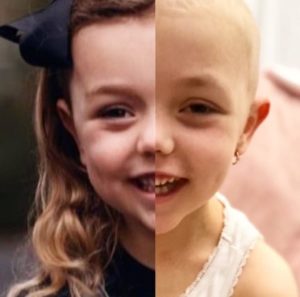 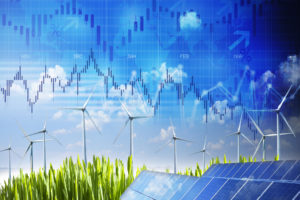 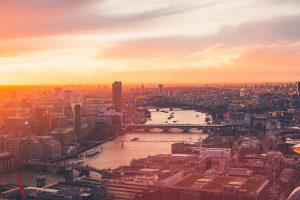